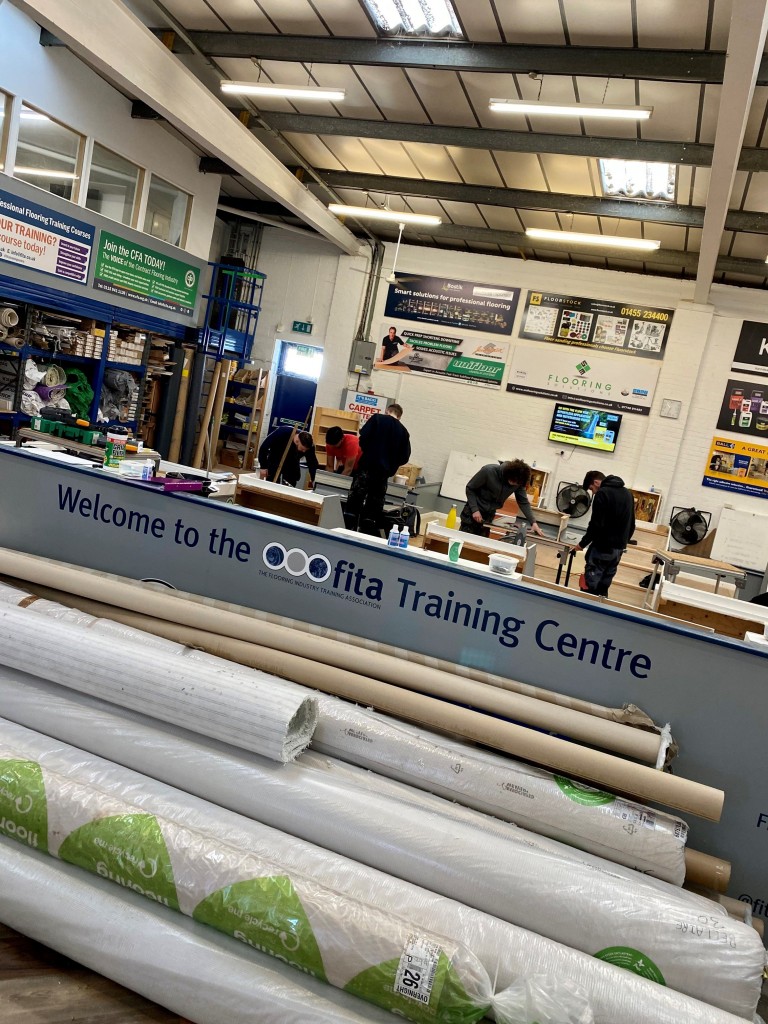 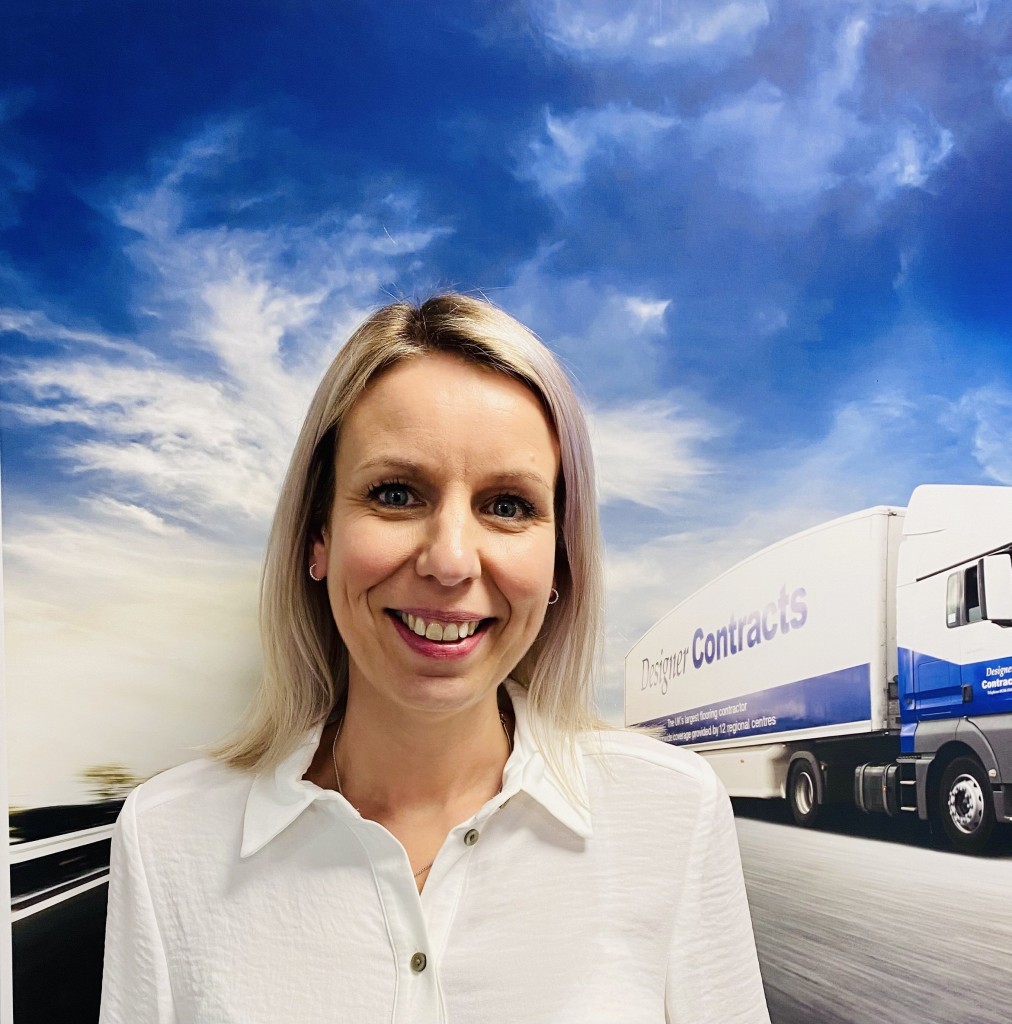 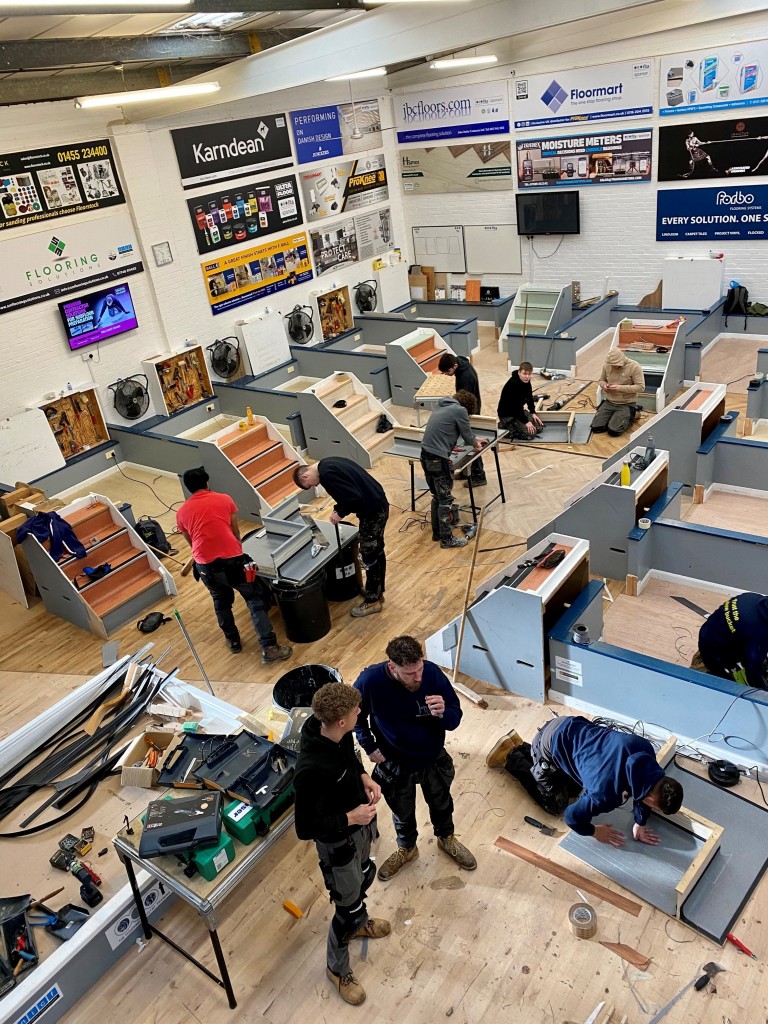 As the fight to retain and secure skilled flooring fitters continues, Louise Walters, commercial director for Designer Contracts, explains why the company has chosen to spearhead a new industry initiative to train and assess fitters.

Over the past three years, what had once been a challenge around the shortage of skilled flooring fitters has escalated into a crisis. So, as we step into 2022, tackling the issue is a priority for us all.

To that end, Designer Contracts is taking on its first cohort of 16 to 18-year-old apprentices on January 17, taking advantage of the new block release training scheme that has been launched as a joint venture between FITA (Flooring Industry Training Association) and Webs Training Ltd.

It represents a significant moment for us as a company as well as the new industry training initiative.

The way it will work for us is that the FITA training centre in Loughborough will do practical training (one block week every eight weeks) with our apprentices. In between – over the course of the three year apprenticeship scheme – they will train with one of our employed or sub-contract fitters

FITA is also creating a bespoke Designer Contracts’ training standard so we can assess and further develop our trained employed fitters. Under this, fitters will go in to the FITA training centre to be assessed on the installation of vinyls, domestic carpet, LVT and sub-floor preparation and laminate. They will need to pass all parts relevant to what they do as a fitter, depending on their skill set over the different flooring categories. If any gaps or necessary improvements are identified, FITA will offer the training to enable the fitter to meet the standard and to be reassessed.

Apprenticeships and further training are one way in which we can tackle the chronic skills shortage. And as the UKs largest flooring contractor, we are delighted to be leading the way, but are also acutely aware that there is no one ‘simple fix’ to the wider skills problem.

As a company we have also been recruiting and directly employing more fitters rather than relying solely on contractors. Over the past two years we have taken on more than 25 fitters, many of them in the past 12 months – and going forward our plan is to directly employ even more.

We still have around 300 contract fitters on our books but as many in the industry will know, accessing this pool of trades people has become increasingly difficult over the past three years.

There are a number of reasons for this. Due to the sheer volume of work available, many fitters have had the luxury of being able to choose and prioritise what they want to fit, and who they want to fit for.

This has effectively led to something of a bidding war in order to obtain the services of a fitter, and indeed, we ourselves have lifted our install rates as the industry standards have increased.

Another pressure on this limited resource has been the ongoing momentum of the new homes sector where the number of houses being built and sold has created considerable pressure on the need for fitters. Add that to the number of people doing renovations to their home during lockdown – or simply sprucing them up with a lick of paint and new flooring – and the combined effect has been to create a real problem getting hold of good people.

This is particularly true in high density population areas where a large number of competitors are pulling from the same pool of fitters. In the South, for example, our region in Romford has been particularly hard hit.

The skills and labour gap is being further exacerbated by the change in access to EU labour brought about by Brexit, plus an ageing workforce. As workers retire, fewer youngsters are entering the industry to replace them. According to the CFA’s 2021 Member Survey, the number of employed and subcontract labour used by CFA members dropped by about 1,000.

The educational system itself does not help, particularly the emphasis on a university degree where anything less is seen as second class. And those who do leave the education system to follow other vocational routes are quite often pushed towards certain trades, particularly in construction, where plumbing, plastering, electrical trades, brickwork and carpentry are staples of most construction colleges across the UK.

Flooring simply isn’t regarded as a specialist trade, which leads us back to the issue around finding truly skilled people. Many fitters are self-taught and it’s not a skills area that has traditionally been associated with much in the way of recognised training or certification/qualification. Thankfully, and quite rightly, that is changing now with more training available through organisations like FITA offering qualifications after structured training.

The CFA/CFJ has been leading this drive for more training and, through FITA, started delivery of apprenticeships in Loughborough in May 2021 with its first cohort and pilot of 20 apprentices.

This is now being helped by promotion of the scheme on the government website where there is a specific area dedicated to apprenticeship schemes – as well as advertising the opportunities in the normal way through TalentView, Indeed, Reed etc.

Many believe that any new opportunity for training in the flooring sector must be industry-driven and, more than likely, industry-financed. For our part, we have made 10 apprenticeship places available – and they will be based around the UK. Designer Contracts is the first company to take on such a large cohort of apprentices and the plan is to take on a further 10 apprentices the following year.

It represents a real investment in and commitment to the future of the industry and, as someone who is both a CFA director and committee member, we are fully behind this scheme.

However, we are but one company, and critical to the industry going forward is for more contractors to commit to a programme of training and recruitment. To really begin to make a difference, it has to become a business priority for many more. This would not only be through apprenticeships but upskilling the existing workforce, offering CPD for seasoned professionals and also promoting the trade to youngsters who might otherwise never have considered – or even been aware of – fitting as a worthwhile trade opportunity.

We know that FITA is now busier than it has ever been, but it still has capacity. Manufacturers could also offer more training if there was demand.

So, it’s up to us to make that difference. It’s not difficult to see that everyone in the flooring industry wants a solution and if more of us can take it into our own hands to affect that, then hopefully 2022 can prove to be the year that changed the tide.